Joined May 24, 2019
·
15 Posts
Have just mounted a powered GPS holder onto my handlebars. Where is the closest point to tie it into power?

sliffers said:
Have just mounted a powered GPS holder onto my handlebars. Where is the closest point to tie it into power?
Click to expand...

Are you wanting permanent power 24/7? or intermittent only when keyed on? the best place to pull any power is direct off the battery so as not to bugger any stock wiring or risk damage to other components.
IF you want power 24/7, run a pair of wires Red/Black from the battery pos/neg +/- post, route under the tank and bring it to where you want to add your device coupler fitting. I would at least incorporate a toggle switch for on/off control and of course use an inline fuse on the Red + lead close to the battery service area.
OR route the same pair wires, thru the fuse and then thru a relay, then route it to your device fitting. either use a LED switch to power the relay or power the relay off of - from the license plate light.
Any time the ignition is keyed On, the relay is on, Power is available to your device. Anytime the ignition is keyed off, the relay is off and No power is available.
it is simple for me as I have done this so many times. but it is simple for anybody else as well. poncho 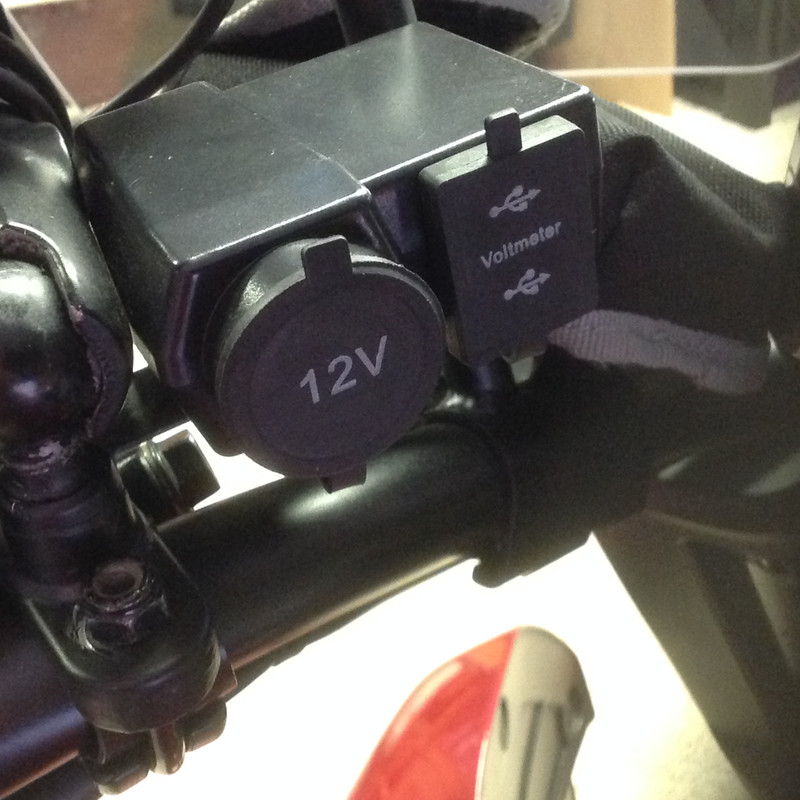