I am potentially buying a 2015 F6C from a private party next week. It was purchased new in 2018 and is still under factory warranty. Currently has 1250 miles on the clock. It is bone stock and in showroom condition. What should I be looking for? What should I be expecting? I currently have a 1983 Magna and a 1999 Magna that I ride and maintain myself. (I restored the 83)

Thanks for any help!

Joined Mar 22, 2018
·
263 Posts
It looks pristine to me, Eli, and with miles that low I wouldn't anticipate any problems at all. They are dependable, different from the crowd, powerful enough for two-up, and fast enough for 99% of us. Boils down to the deal you can make. One weakness is lack of aftermarket support, another "benefit" of its uniqueness and relative rarity. I'm very happy with my '14. Suits my purposes perfectly. Good luck!

2014 Honda Valkyrie
Joined Aug 4, 2018
·
273 Posts
At 1250 miles, there isn't much to look for... as long as the engine and trannie aren't making some kind of bizarre noises you should be good to go, these things are built like brick sh*t houses as for what you should expect? Well, an upholstered brick for a seat that you'll want to replace or modify as soon as possible and as stated a VERY limited aftermarket aside from that, the 2015 is a 40th anniversary Goldwing model in the coolest Red I ever saw Honda paint a bike. I still wish I had got that Red one 2 years later now
T

Joined Feb 13, 2017
·
38 Posts
Nice, you'll forget the price as soon as you take it out on the maiden voyage. Congrats and welcome!

Joined Jul 4, 2018
·
360 Posts
Many similarities to your situation. My last bike was also a V45 Magna, mine was a '95 that I put about 40,000 miles on, but really wanted the shaft drive (no chain maintenance), fuel injection (no carb maintenance), big fuel tank, and beefier brakes (all Magna weaknesses, in my opinion). Bought my 2014 Valk in Jul 2018 I should have traded up about a year sooner, but the prices really fell when the 2018 Goldwings came out with an updated new motor. Previous owner bought it new a year before and put only 1,200 miles on her, as 3 kids didn't leave him as much time to ride as he thought, so I had the factory warranty on it but of course I never needed it. I paid $9200 (had a luggage rack, sissy bar an highway pegs) and prices went down since then, but they're also not as easy to find. Compare pricing at Cycletrader.com. My neighbor trailered one back from N Carolina when he found a 2015 last year.

Biggest difference is how much smoother it is than the V4, which is also pretty terrific machine in it's own right. Get someone to show you the nickel demonstration, it freaks people out!

The first ride, I was surprised how heavy it felt compared to the Magna - I could barely turn it around in the parking lot, but after a couple rides, it suddenly began to feel very nimble, more like a sport bike in the corners, versus the Magna or the older Valkyries are much more stable/rigid at any specific lean angle, the 2014/15 Valks are much easier to move. I rode her home on I20 with not windscreen, which was a challenge to hang on with traffic going 80 mph and all that wind in the chest, so that was the first thing I bought. Then Corbin seat and Corbin Saddlebags. Wanted an Ultimate seat, but (as KUGO pointed out), they were only making them for the older Valks at the time, not sure if that has changed.

Another big difference, when putt putting around in last gear on the highway, you don't need to drop if 2 gears to take off. Drop it one gear and you'll be at redline before you know it. This machine will start off from a dead stop in 5th gear, and 1st gear is useless except in a parking lot or pulling into the garage, or riding 2 up and pulling a trailer. I heard of one guy in the DFW area who only uses 3rd, 4th and 5th gear! It also has a function that will automatically increase engine speed to try to avoid a stall. I was able to observe it kicking in when testing it on a hill start, but I didn't try to push it to find the limit, as I like her too much to try to force a stall.

There's also no comparison between a relatively new suspension, and one that is 20 or 27 years old, which leaves you a lot less tired after a day on the road. You're going to love that too!

One negative is all of the plastic pins and parts, like the black fuel cap cover flap (at least on the blue model), which is VERY easy to scratch and constantly looks you right in the face forever after.

Think about the battery for any week-long trips, as it is probably a 2015.

TJEli said:
We have settled on $9250. It’s not a deal to write home about and probably close to what he paid new in 18 but it seems to be a fair price. Agree?
Click to expand...

That's a hair high, but not bad if it's nearby.
G

Joined Dec 22, 2016
·
43 Posts
If you haven't test-rode it yet and you do, you will forget about the price and just buy it right away! What should you be expecting? An awesome bike that is reliable, powerful, has a nice torque at any RPM and is easy to handle for its weight. There's no way you won't love it! And yes, don't bother to use the 1st gear even to park it in the garage.
T 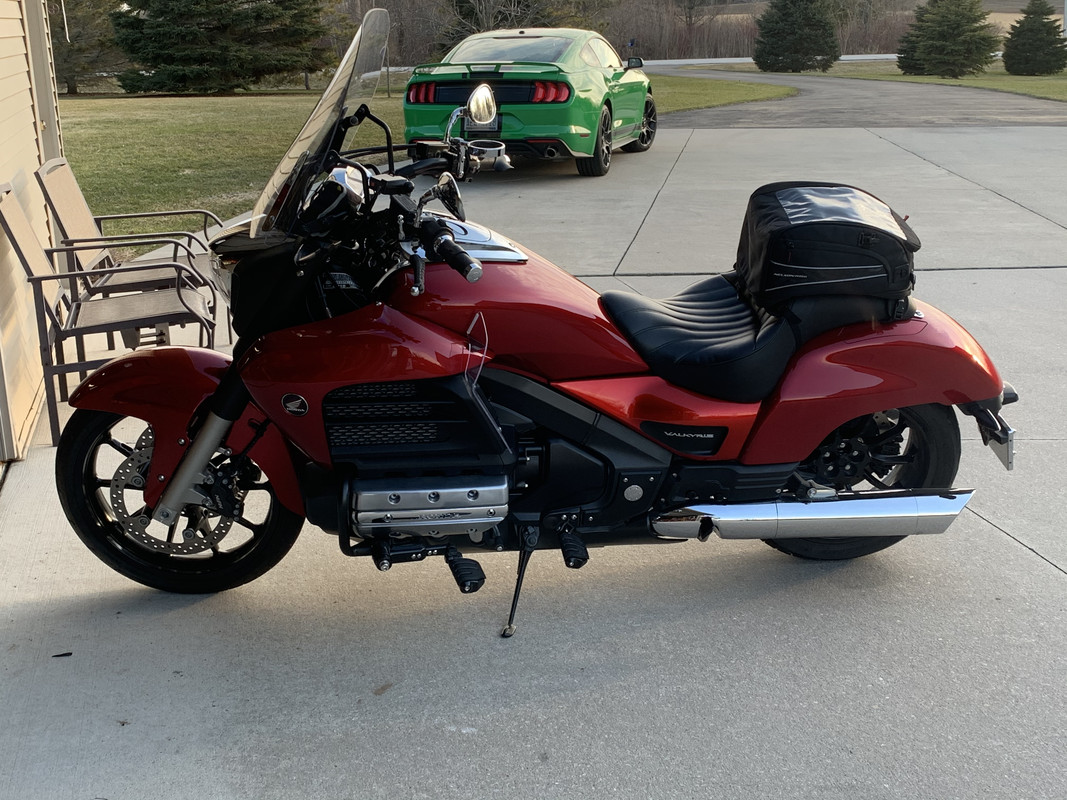